Pretty much every owner wishes to increase their net income. Factually, there are only two ways to accomplish that: (1) cut back on expenses and (2) increase production. Now, while it is wise to do both, you might be surprised as to which one generates the most profit. Let’s take a look.

We’ll examine a single-doctor practice that is grossing $600,000 per year and we’ll set the following two parameters:

But what would the profit be if the executive were to focus on expanding the practice up to the $1,000,000 mark? At that higher level, there would be an additional $400,000. Obviously, not all of that is profit. But how much of it is?

To sort this out, you would need to look at the difference between fixed costs and variable costs. Fixed costs are those that remain constant, regardless of the production level. Rent, certain insurances, license fees, etc., are expenses that are the same amount whether the practice produces $1 or $1,000,000 per year.

Variable costs, on the other hand, are costs that vary with production. Depending on the type of practice, the two greatest variable costs are 1) payroll and 2) either inventory or lab/clinical supplies. Combined, they represent anywhere from 40% to 50% of income, depending on the profession. There are a few other variable costs that will increase the percentage slightly; but for the sake of ease of explanation, we’ll focus on just those two costs.

Let’s factor in the fixed and variable costs to this $400,000 increase and see what our profit is. First, the fixed costs have already been paid from the original $600,000 income; you obviously don’t have to pay more rent because you earned an additional $400,000. The same is true of the costs of the annual license fees and probably accounting, legal and other such fixed expenses. Those bills have already been paid.

The only additional expense you incur when you produce an extra $400,000 are the variable costs. We’ve already calculated that the combined fixed and variable costs will be as much as 50% of production; so, producing an additional $400,000 will cost $200,000. The remaining $200,000 is profit.

While the choice may be abundantly clear, let’s take a look at the ramifications of the direction you decide to take and the effect that it could have on both you and your practice. Read the final half of this article by filling out this form.

Fill out the form to read the rest of this article (Highly Recommended). 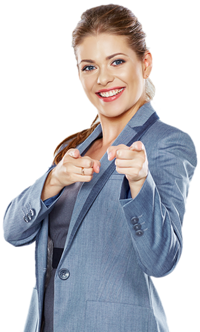